The Information and Communications Technology Council (ICTC) is pleased to present the ICT Sector Annual Review 2019, a report that explores broad trends over the past year in Canada’s digital economy with respect to economic impact, the labour market, technology adoption, and talent supply.

This 2019 review will be presented through a three-part blog series. 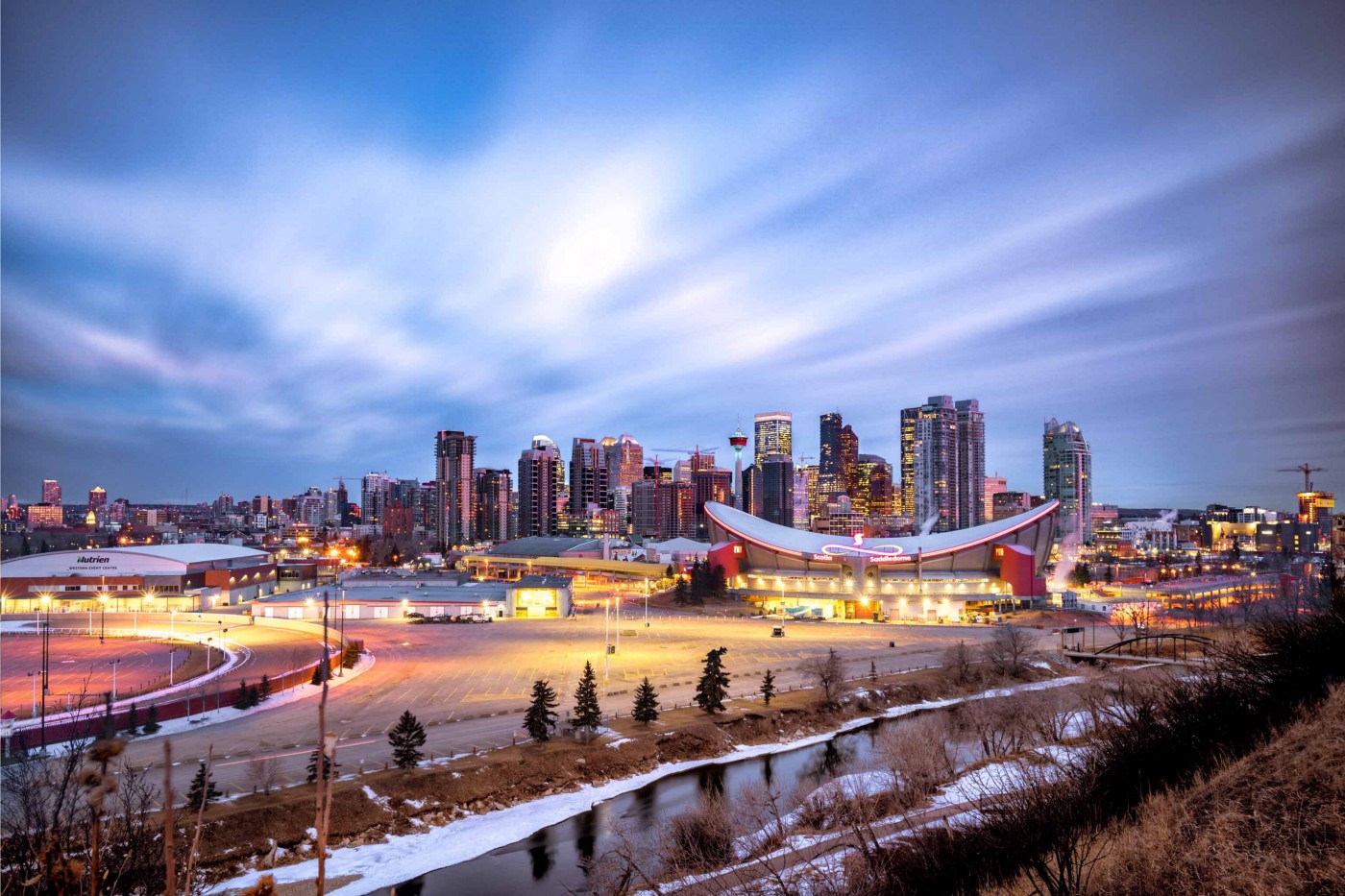 Photo by Karl Lee on Unsplash

The report utilizes historical data starting from 2009 through to 2019.

Canada’s ICT talent supply grew increasingly diverse in 2019. Women, youth, older workers, and immigrants all represented a higher share of the workforce than 10 years ago, led by immigrants and older workers. Gains among women and youth were modest. All groups, with the exception of newcomers, continued to be underrepresented in ICT employment, compared to the wider Canadian economy. Unemployment rates for all groups in ICT were less than half of those in non-ICT roles.

In 2019, women represented 26.5% of ICT workers. This was a small increase from 24.8% in 2009. Notably, female representation across the wider Canadian labour force dropped in the last 10 years.

The share of immigrants among ICT professionals grew to 37% in 2019 from 26% in 2009. While immigrant employment has grown quickly throughout the Canadian economy, this trend is even more pronounced in tech. The vast majority (95.7%) of immigrants employed as ICT professionals live in Canada’s most populous provinces: Ontario, Quebec, British Columbia, and Alberta.

Women made up 26.5% of ICT professionals across all sectors of the Canadian economy in 2019. While women are under-represented at all levels in ICT, their representation in managerial and executive positions is particularly low. However, the representation of women is now slightly higher than it was in 2009 (24.8%). 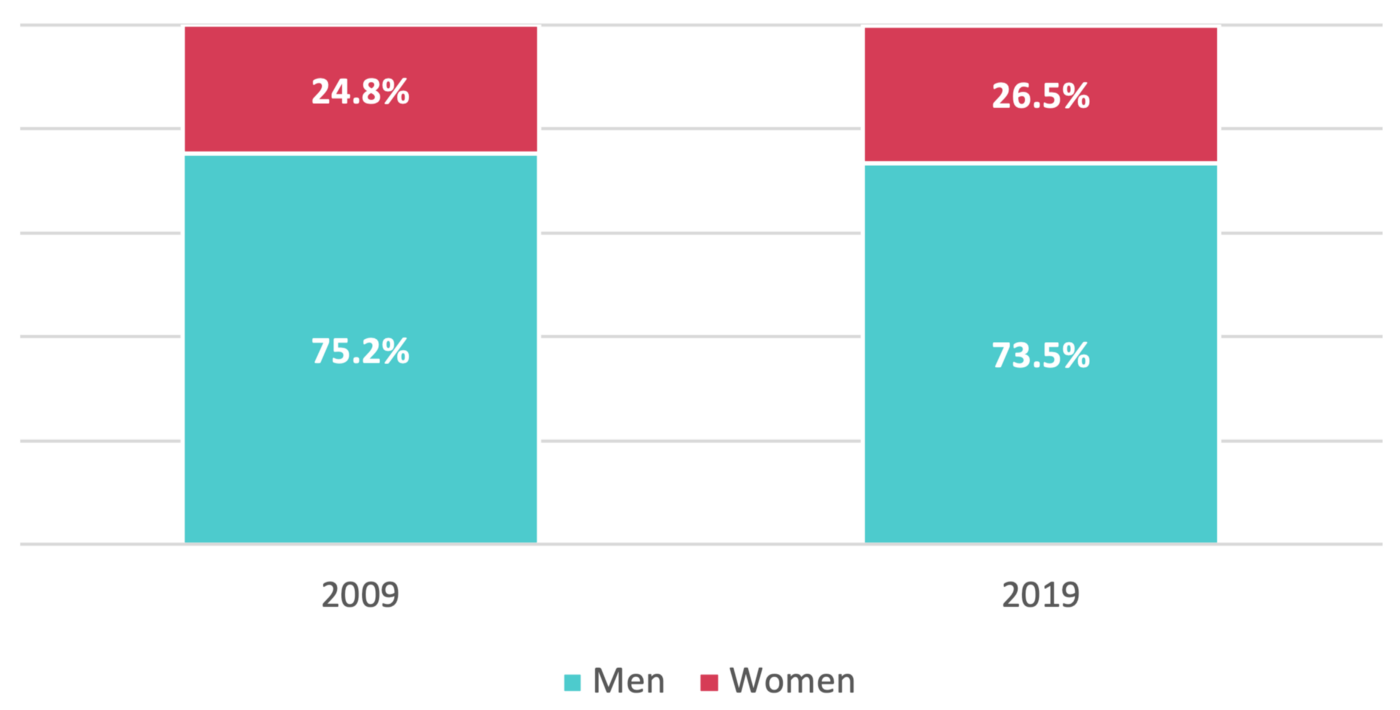 Since 2009, the employment of women grew by 13% across all sectors of the economy, compared to a 15% growth in employment among men. Moreover, during that time, ICT employment for women increased by 52%, compared to 39% for men.

The representation of women in the ICT workforce also fluctuates across provinces. In 2019, women made up the largest share of ICT professionals in New Brunswick (28.4%), Alberta (27.9%), and Ontario (27.6%). The representation of women among ICT professionals was lowest in Newfoundland and Labrador (18.9%), Nova Scotia (23.7%), and Quebec (24.1%). 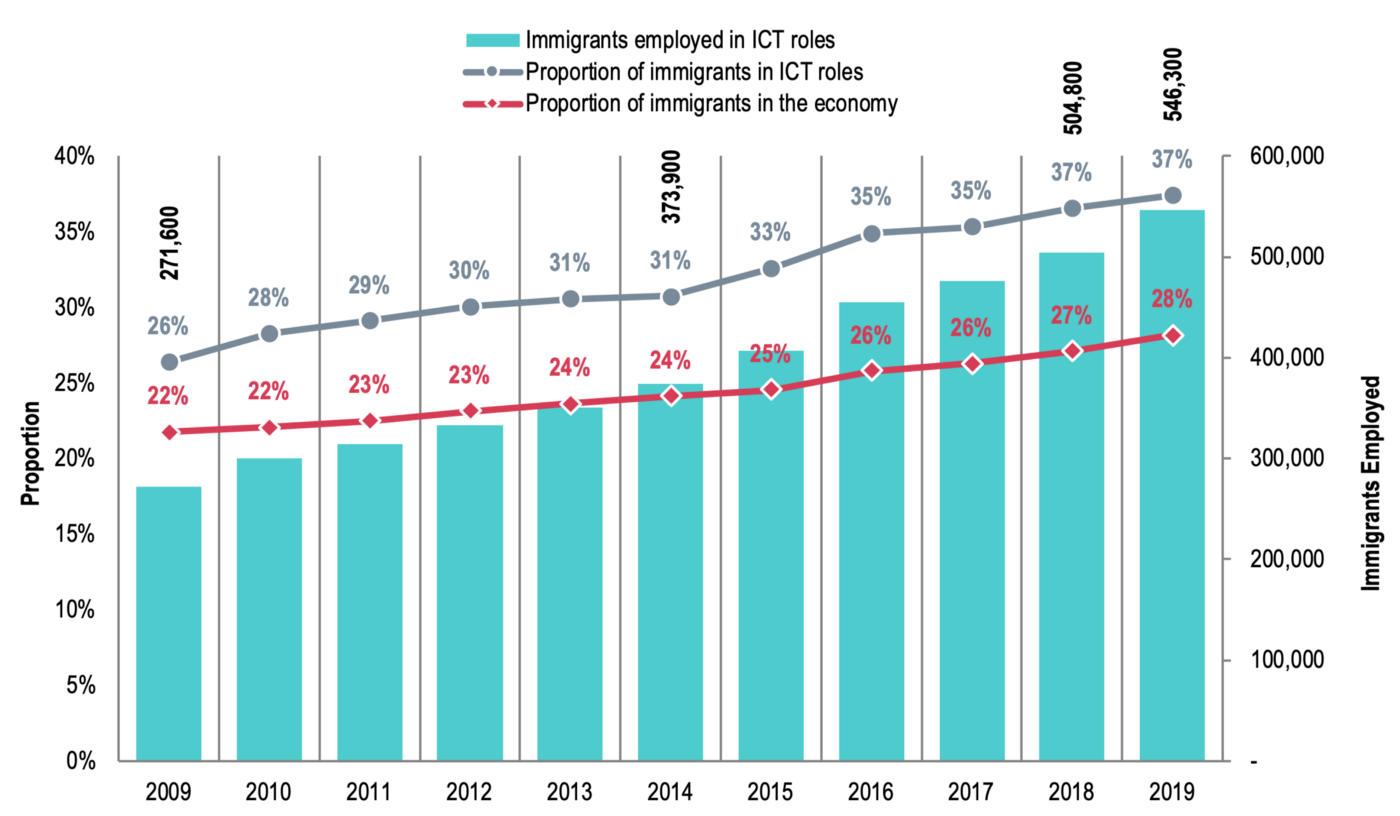 
Unemployment amongst ICT immigrant professionals was consistently low at 2.7% in 2019 and has remained relatively steady over the past five years. By contrast, the unemployment rate among immigrants in the overall Canadian economy was 6.2%.

Greater technology adoption holds tremendous promise for the entire Canadian economy. While the ICT industry is a key pillar of Canada’s economy and has seen substantial growth, its growth is only a small part of the economic impact of technology in Canada; roughly two-thirds of Canada’s ICT employees work outside the ICT sector. Technologies such as AI are being rapidly adopted to deliver value in sectors as diverse as Agriculture, Manufacturing, Retail, Resource Extraction, and Health.

Whether Canada can continue exploiting its digital potential will depend on whether Canadians are equipped with the skills to innovate new technologies and adopt existing ones to create value. Ensuring Canadian workers have the talent to create and use technologies is more critical than ever before. Partnership and communication between industry, government, and the education sector can be leveraged to ensure a smooth pipeline of talent that creates start-ups and satisfied the needs of established employers.

Interested readers are encouraged to review ICTC’s recent research exploring the long-term labour market outlook, talent solutions, and the adoption of digital technology by Canadian enterprises of all sizes. These studies provide insight at the municipal, provincial and federal level. This insight is designed to assist employers, policymakers and educators to optimize their contributions to the digital economy through appropriate policies and training programs.

Recent ICTC insights, studies, and solutions addressing these issues include:

[1] Refers to people who were born outside of Canada