Indigenous Women in Tech: Tech is About Ideas, Creativity, and Innovation

In this installment of ICTC’s “Gender in Tech Series,” ICTC’s Maryna Ivus sits down with Tamara Goddard, an Indigenous woman who works in tech. They talk about Tamara’s experiences in the sector, the opportunities for Indigenous women, how companies can improve Equity Diversity and Inclusion (EDI) in their organizations, and her advice for young women who want to enter the tech sector. 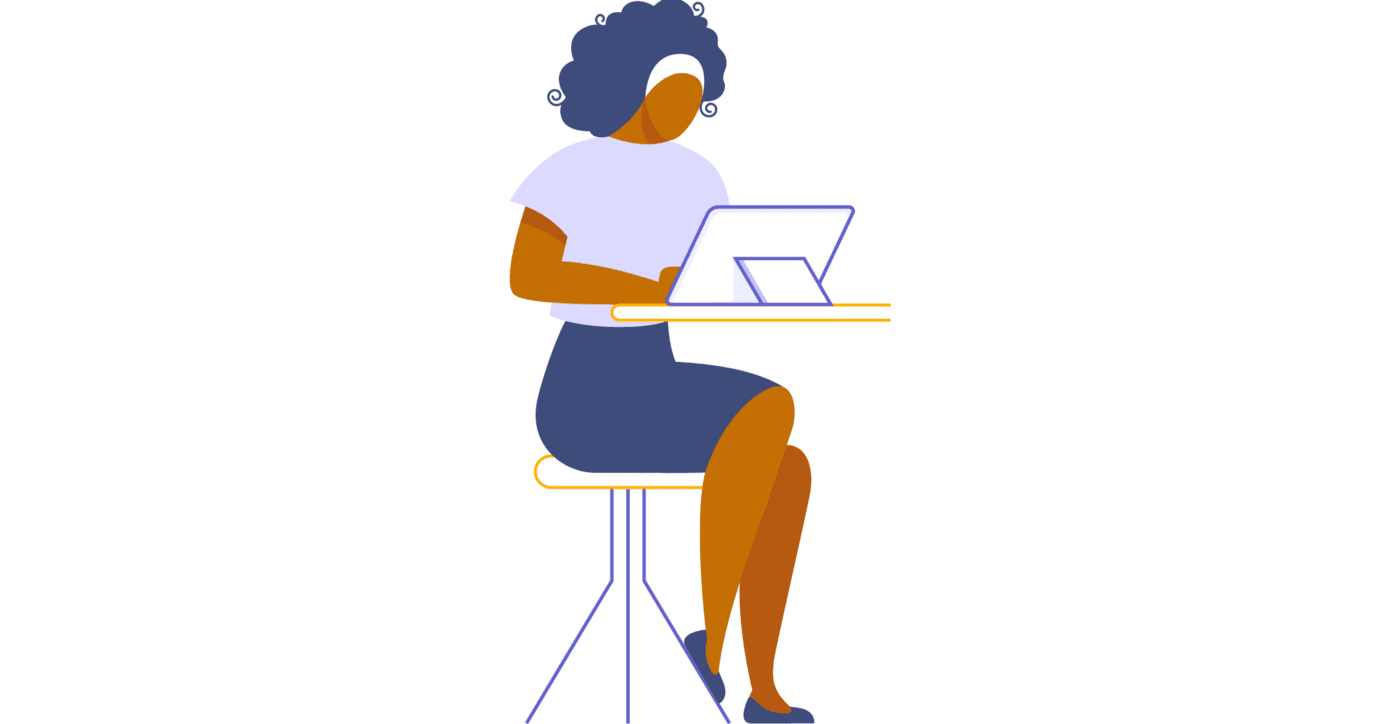 Tamara is also one of the strategists and a Creative Director for 400 Drums (Non-Fungible Tokens) NFT Project. 400 Drums is a campaign dedicated to supporting Indigenous elders, artists, language speakers and tour operators to harness new online platforms to monetize their skills while sharing their teachings and stories. 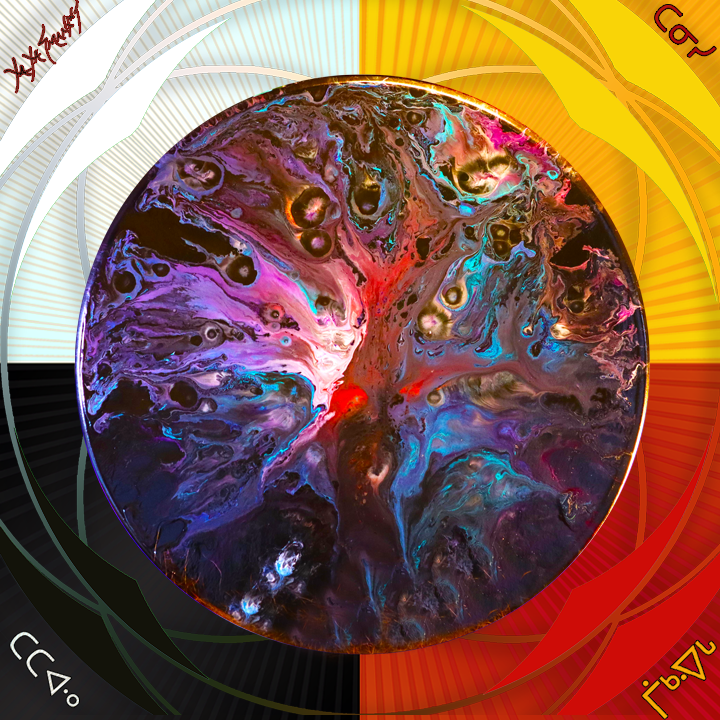 The Only Woman in the Room

Tamara is a business negotiator and developer of Indigenous economic strategies, a role that includes very few women. In fact, she has usually been the only woman at the negotiation table for more than 20 years.

“I think that tech is really missing out on women,” she says. “I see that some of the tech projects led by women often do very well. Women are natural communicators and it’s something that should be taken advantage of. Often, women’s emotions are not very welcome at the table, and the ways that women think about things are often depreciated because of the business models that are based on Western capitalist structures or otherwise old models.”

Working in tech encompasses many opportunities; however, people often think that to enter the field, a person has to be an information scientist, a computer engineer, or have a master’s degree. Tamara emphasizes that these are not the only options. She sees a world of difference between various segments of the tech sector — for example, in the web development or non-fungible tokens (NFT) space.

“The Web3 environment connected me with many women and men,” she says. “Stepping out of the general tech into the NFT space is also a completely different experience. It’s very supportive of women, and it’s a great place for women to be.”

Another example is Web3, a new iteration of the World Wide Web based on blockchain technology. In this medium, women can apply their creativity and unique insights. While many of these teams are completely new to Web3, they often comprise people from various backgrounds and levels of tech experience.

“So it’s more about finding a community that can help you actualize your vision,” Tamara says.

Even as the Web3 environment is very accepting of women, Tamara notes that a significant gender gap still exists. A support network for women could help bridge that gap and provide value during challenging times.

“As Indigenous peoples, we tend to function in cohorts that link us up with other Indigenous peoples for support,” she says. “I do think that there is a need for this support, especially during the pandemic, when there are a lot of Indigenous women who have been working from home or part-time.”

Research shows that both gender diverse — and ethnic and culturally diverse — companies are more likely to outperform less diverse peer companies in profitability. Understanding this, more and more Canadian companies are adopting a strong commitment to diversity and inclusion. So, there has been progress, but more work still needs to be done by employers to ensure the workplace is empowering and representative for all people.

Asked why companies that choose to diversify sometimes do not succeed, Tamara points to systemic barriers in big corporations that can unfairly discriminate and cause low participation and retention of specifically Indigenous peoples.

In her own life, Tamara was a young single mother when she was an executive. She recalls having to hide the pictures of her children at work. “I didn’t want it to appear that I was a single mother who would be missing work to manage my home,” she says.

In contrast, her current organization is very family friendly. Parents are welcome to bring their babies to the office. “We understand that there are different things going on at home, and we do vulnerability checks with our staff so that nobody is ashamed of having a work-life balance,” she says. “That’s been imperative for us, especially during the pandemic.”

COVID-19 measures over the last two years have magnified issues around finance, childcare, and mental health, as people were forced to stay home. Some people also decided that working from home is a healthier lifestyle for their family and didn’t want to return to a central work location.

“That’s why companies need to shift their views and be more accommodating of the basic physical and emotional wellbeing of their staff,” Tamara says. “Most of our team consists of Indigenous people, and we know what Indigenous peoples are dealing with. So we are there to help and support each other. Most companies are not like that. They’re hyper-focused on productivity. They’re not considering people’s personal lives, and they don’t know how to incorporate that.”

By way of advice for young Indigenous women who want to enter the world of tech, Tamara suggests, as a starting point, to connect with organizations that advocate for Indigenous peoples like The First Nations Tech Council in British Columbia.

“It has great programs. It’s a place to connect with other Indigenous women, a place that will help women start to get comfortable with the tech space,” she says.

Second, Tamara sees that self-confidence is a skill that Indigenous women can learn from other women. Mentorship can be instrumental in this learning.

“Tech is about ideas. A young man once taught me that people buy ideas. That was revolutionary to me,” Tamara says. “I was that person that needed to find confidence within myself to start talking about the ideas I had. Then I was mentored by some great people, but it still was super scary for me to speak up. I think mentorship is very important for women to realize their vocal at the table.”

In her circle, Tamara creates a space for women and asks them to speak up and share their ideas.

“If I hear a woman saying something that gets no comments from other people, instead of moving on to the next topic, I go back to that woman and ask her about the idea,” Tamara says. “This way, I am holding space for her to speak. This has been very helpful over the years as a way to support women.”

Tamara Goddart (she/her) has an extraordinary understanding of Nation Building, Indigenous business, First Nations governance, culture, and history. Tamara is from the Saulteau First Nation in northeastern B.C. She completed a Master’s Degree in Indigenous Business and Leadership at Simon Fraser University and works on identifying and creating solutions to build healthy Indigenous economies in B.C. Over the past 15 years, Tamara has extensively researched the gaps between First Nations, government, and industry. She uses this research in her work with First Nations and Aboriginal Organizations. Currently, Tamara is working on economic development projects that involve hotels, affordable housing, power, food and water security technologies, and ecological restoration opportunities. Prior to the launch of the Four Our Future Indigenous Economic Platform, Tamara was president of Mahigan Research and Development Inc. for 10 years.