A conversation with Michael Benson on wildfires, fuel-harvesting robots, remote sensing, and how AI could help pave the way for tough fire management decisions in the future.

Last summer, record-breaking heat waves were accompanied by often devastating wildfires that swept across Canada’s communities and forests. More than 1600 fires burned nearly 8700 square kilometres of land last year in British Columbia alone. In Ontario, forest fires burned 8000 square kilometres of land in 2021, more than in any other year on record. These fires endanger human lives and cause significant damage to forests and wildlife. As the risk of hot, dry, wildfire-fuelling weather continues to grow along with global temperatures, finding effective responses to these fires is essential.

To manage wildfires, more and more agencies are turning to technological solutions. AI-powered maps that predict the trajectory of fires and drones to increase situational awareness and safety for firefighters are just two of many technologies being leveraged to help fight wildfires.

As the 2022 fire season looms, ICTC Research and Policy Analyst Maya Watson spoke with Michael Benson, Manager of Wildfire Operations at FPInnovations. Their discussion explores the potential of emerging tech to help detect and supress wildfires in Canada.

Maya: Tell me a bit about your background and what drew you to the wildfire technology industry?

Michael: I’ve had a pretty long career in wildfire response. I started out right out of high school on a fire crew. And then, throughout my career, I took on more responsibility, managing more people and larger fires. I had 15 years or so of working as what’s called an Air Attack Officer, coordinating the tactical aerial response to wildfires, but my wildfire response career really culminated in leading the air tanker program for the province of British Columbia. In that role, I oversaw a fleet of 24+ airplanes and a team of highly capable firefighters.

After that, I wanted to pursue my interest in enabling technologies and the use of research and data to inform decisions and best practices on the fireline. So, I decided to leverage my wildfire response experience and my interest in applied research environments as Manager of Wildfire Operations at FPInnovations. Now my team and I apply our research findings to have meaningful impacts for the wildfire community.

Maya: What factors contribute to declining forest health and bad wildfire seasons like 2021 or 2016?

Michael: There are a lot of factors that contribute to bad wildfire seasons like the one we experienced over this past year in British Columbia and much of western Canada. Unfortunately, human activity has been contributing to much of it. For example, we’ve been very effective in supressing (extinguishing) fires over the last 100 years. Although these techniques were well-intentioned, this high-suppression approach has run counter to natural disturbance patterns, where forests would burn on regular cycles. Without human suppression interventions, forest fires are more frequent, but lower intensity because the buildup of forest fuels would not be as pronounced.

Specifically, this natural regime results in the creation of what’s called “mosaics” on the landscape: various patches of forest that have burned at different times. With mosaics, there would have been natural firebreaks or places that had burned recently and as a result have little fuel buildup and do not burn with such intensity. These firebreaks would reduce the size of some of the fires and reduce the negative impacts of their high-intensity burning due to considerable fuel buildup, and reduce total area impacted.

Our suppression practices over the last century have contributed to having more homogenous stands of a forest with considerably more buildup of fuels (and consequently, less naturally occurring mosaics). This makes it far more difficult to manage wildfires since they burn with a higher intensity and their impacts are far more pronounced. It should be noted that the approach of achieving low-intensity fires through a high frequency of fire events was common among North American indigenous groups prior to European colonization. 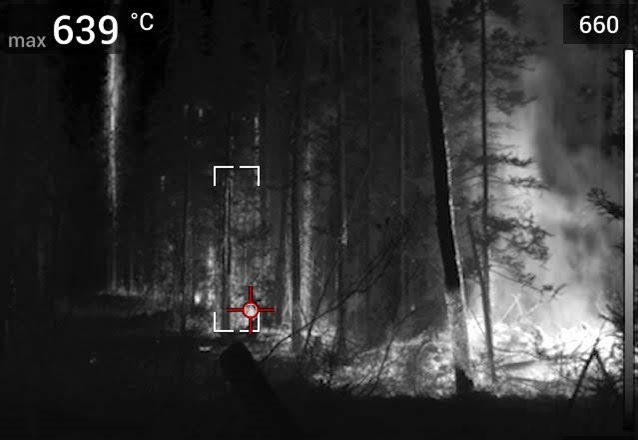 Maya: How does climate change fit into the picture?

Michael: Climate change has directly impacted the fire seasons. The seasons are now, on average, longer than they were in the past, and that trend is likely to continue. We’re seeing conditions that are more favourable for burning: we’re having warmer and drier fuels. July 2021 was the hottest month on record for the Earth, and the top seven hottest years globally have occurred since 2015. That contributes to drying of fuels like grasses and stressing of trees. Normally in British Columbia in June, for example, you’ll get considerable spring rains. That didn’t happen as much in 2021. It was dry. In addition, as a result of milder winters and warmer summers, we’re seeing things like the mountain pine beetle epidemic, which causes trees to die and then it turns them into tinder dry forest fuels. To some degree, it’s kind of the perfect storm in areas like western Canada: drought, higher temperatures, longer fire seasons, and increased lightning that can help ignite those fires once forests are particularly dry.

Maya: Has the introduction of new technologies significantly changed wildfire detection techniques over the past 20 years?

Michael: Historically, to detect fires, people would be stationed alone in a lookout. But that technique can be expensive, subject to human error, and workplace expectations about people working alone have changed. Nowadays it’s not quite as easy to have people by themselves in lookouts. As a result, agencies are trying to augment their detection capabilities with new remote sensing technologies to complement what human lookouts can do. For example, we’re working on a project right now where we are using film-industry grade smoke machines to train fire-detection technologies to recognize what a fire looks like. We provide interested vendors with the data to train their AI. And then we do a comparative evaluation between the vendors to determine what technology will have more success in detecting and reporting these fires. The earlier you can identify that a fire exists, the faster you can respond, the lower the cost is of responding, and the lower the damages that result from the wildfire itself.

Maya: Aside from these detection technologies, what are some other key emerging technologies that can help, or are already helping, Canada’s wildfire response?

Michael: In terms of remote digital communications, there have been some good innovations. For example, technologies that allow us to share maps, fire perimeters, and live video feeds, and to monitor resources are becoming more and more important. Agencies are adopting some technologies that help transfer digital information between parties in remote areas, enabling things like WiFi hotspots, voice communication, and data sharing.

Over the last few years, we’ve also worked on a robotic harvester to develop a low-cost method to reduce stand density (e.g., small diameter trees), especially around high-risk communities. The robot is intended to be essentially autonomous. It has two sorts of claws with saws, and it moves itself by grabbing onto one tree and another other tree, brachiating like an orangutan. It grasps one tree while it simultaneously cuts another. The eventual goal would be for the robot to be able to scan its environment and, with machine learning, be able to see what path it would need to take to get from tree to tree, while thinning the forest stand.

As well, there’s inherent risk in operating aircraft within a wildfire environment, especially when visibility degrades (e.g., smoky, nighttime conditions). I think there is opportunity for either autonomous or remotely piloted aircraft and heavy equipment to be working in these poor light conditions. Remotely piloted aircraft systems (drones) are also being paired with infrared and other sensors to gather wildfire intelligence and identify hotspots in wildfires. Identifying hot spots can help decision-makers prioritize a firefighter response and identify current fire parameters to inform planning and response strategies.

Maya: What does the future of wildfire tech in Canada look like?

Michael: I think the fundamental strategies for fighting fires are not going to change. That said, the introduction of enabling technologies that assist firefighters will continue to increase. We’ll see more use of drones, use of remote detection technologies, remote sensing technologies, more means of sharing data back in real-time. In addition, I think the use of artificial intelligence to help support decision-makers in making key strategic decisions will increase.

Growing adoption of new technologies will likely coincide with the changing demographics of the wildfire workforce. Most agencies are going through a phase where people with a lot of experience are retiring or expect to retire soon. I think one role AI will play is harnessing some of the decision-making abilities that these experienced folks have. In other words, AI can help codify the thought processes behind experienced decisions and then assist newer people to make these key fire-management decisions with the limited information they have available.

For more information about FPInnovations’ Wildfire Operations Research, check out their website: https://wildfire.fpinnovations.ca/index.aspx.

To read more blogs about green tech check out Fishing for Dark Data and Bats, Biodiversity, and Building Databases. 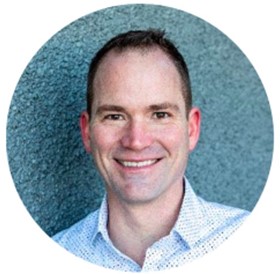 Michael works for FPInnovations, a private not-for-profit research organization within the Canadian forest sector. Michael leads a national wildfire research program focused on providing the wildfire community with innovative and practical solutions for living well with wildfire. Michael’s career in the wildfire sector spans nearly thirty years, much of it dedicated to wildfire response in British Columbia. Having had the opportunity to work for wildfire management agencies throughout the world, Michel has seen firsthand the challenges and impacts of unwanted wildfire.