As the COVID-19 pandemic drags on, it has become well-understood that the economic consequences of COVID-19 lockdowns have been harsher for lower-wage workers. While higher-wage workers are more likely to be unaffected by the pandemic, as they are able to work remotely, hundreds of thousands of service sector workers have lost work. ICTC’s recent report, The Digital-Led New Normal: Revised Labour Market Outlook for 2022, documents the disparate impacts on employment across three evenly sized groupings of workers by wages. 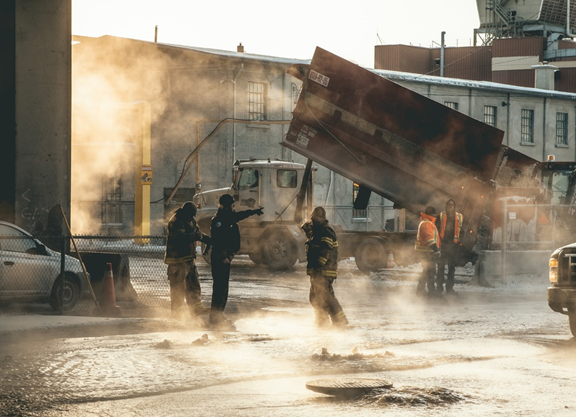 From the report, Figure 1 shows employment in February, March, April, and May 2020 for all Canadian workers. Workers are split into three groups, according to weekly wage: the lowest earners, average earners, and highest earners. The figures are then split again by gender. Figure 1 reveals that since February, including the modest recovery in May, employment of males in the lowest-earning occupations have dropped by 19.7%, while the employment of females in the lowest-earning occupations have dropped by 26.3%. In contrast, only 3.7% of the highest-earning third of males have lost their jobs, and 0.6% of the highest-earning third of females. COVID-19-caused layoffs and job losses are disproportionately affecting the lowest-income segment (and therefore most financially vulnerable portion) of the workforce.

Figure 2 builds upon the analysis in the report by examining employment and wages among four-digit industry codes (directly from Statistics Canada). There is a strong positive relationship between wages in January and the percent drop from February to August (the latest available data). Figure 2 shows the relationship between wages and employment drops, the number of workers in various subsectors, and the proportion of workers estimated to work remotely by a recent survey.

Figure 2 shows that the vast majority of subsectors have lost jobs since February (after seasonal adjustments), and lower wage-earning workers are more likely to have lost their jobs. Female-dominated sectors were slightly more likely to lose employment. Medical professions, couriers, and certain digital economy sectors have grown.

An unfortunate side effect of economic lockdowns is that they may exacerbate inequality. CERB benefits have softened the blow of sudden unemployment, but policymakers must be aware of the urgent need to resolve the pending medical and economic crises taking shape in the coming months, as nearly one in ten workers who were employed in February were still out of work in August.