A Tale of Two Consultations

Meaningful Engagement for Technology in the Public Sphere

This article expands on content from the recent ICTC report “Responsible Innovation in Canada and Beyond: Understanding and Improving the Social Impact of Technology” (2021). Its focus is Sidewalk Toronto and the Mackenzie Valley Pipeline Inquiry: two examples of public consultations that hold important lessons for engagement professionals.

Justice Thomas Berger passed away several weeks after the original publication of this article, on April 28, 2021. CBC News published this article about his memory and legacy.

Sidewalk Toronto, a collaboration between Google sister company Sidewalk Labs and Waterfront Toronto, proposed to develop the neighbourhood of Quayside into a “smart city.” The partnership was announced in 2017 and planned out a development that would use digital infrastructure, such as sensors and roads built for self-driving cars, to improve the efficiency of urban systems. Then on May 7, 2020, Sidewalk Labs, the bidding company, cancelled its proposal. In an announcement made via Medium, CEO Don Doctoroff cited the COVID-19 pandemic as the reason for the project’s end:

“For the last two-and-a-half years, we have been passionate about making Quayside happen — indeed, we have invested time, people, and resources in Toronto, including opening a 30-person office on the waterfront. But as unprecedented economic uncertainty has set in around the world and in the Toronto real estate market, it has become too difficult to make the 12-acre project financially viable without sacrificing core parts of the plan we had developed together with Waterfront Toronto to build a truly inclusive, sustainable community.”

Some commentators saw the withdrawal not as a consequence of the pandemic, but as a failure of public consultation. Despite the existence of an in-depth public engagement plan, during several important project milestones, Sidewalk Toronto’s public engagement efforts were conducted very rapidly: for example, the 2019 Master Innovation and Development Plan (MIDP) was just under 1,500 pages, and Torontonians were asked to provide final comments within weeks of its delivery. In 2018, prior to the release of the MIDP, Sidewalk Toronto had conducted a one-day Indigenous consultation workshop, and participants noted that none of the 14 recommendations that emerged were incorporated into the final 1,500-page document.

Several of the concerns that Toronto locals had over this smart city development were confirmed by expert commentary. Well-known figures such as former Information and Privacy Commissioner of Ontario Dr. Ann Cavoukian drew attention to issues in the project’s data collection plans. Sidewalk Labs’ ambitious futurism did not always appear to consider the perspectives it had solicited, including privacy advice, local expertise, and Indigenous land rights. Citizens of Toronto, perhaps unsurprisingly, took to it with mixed enthusiasm.

In a recent ICTC report, Responsible Innovation in Canada and Beyond, two interviewees with direct knowledge of Sidewalk Toronto commented on the problem of conducting high-quality public engagement for complex, technology-related topics. One, a privacy expert, argued that early, genuine, and upfront consultation might have produced a happier result for the Sidewalk Labs team. The other, a technologist, emphasized how difficult it can be to get good public feedback on topics the public may not understand. Both echoed the feeling that money and time had been wasted, and that the project’s end felt highly dissatisfying.

These two perspectives raise a key question for tech policy: how feasible is it to conduct public engagement on complex, specialized topics? Many organizations are dedicated to addressing this challenge: for example, IAP2, the former International Association of Public Participation Practitioners, offers professional development and advice for individuals who want to develop their engagement skills. In this article, I will tackle this question by asking what outcomes we look for from a successful public engagement initiative.

The public engagement practitioners consulted for the study Responsible Innovation in Canada and Beyond were adamant that communication is not consultation or participation, and that it is crucial not to confuse these terms. For example, if an engagement session mainly communicates decisions that have already been made and only pretends to seek permission or approval, participants will quickly realize that. For participants, being engaged in a checkbox effort is fatiguing and alienating.

Without a doubt, skeptics of robust, upstream public engagement are correct about at least two things: it’s hard, and it’s expensive. But a narrow gaze on project validation and approval ignores the opportunities afforded by creative co-design, iteration, genuine curiosity about public needs, and the positive by-products of an authentic approach.

The opportunities afforded by true engagement are exemplified by another “failed” consultation in Canadian history. The Mackenzie Valley Pipeline Inquiry (MVPI) was also noted by interviewees in the same ICTC study, this time as a useful blueprint for meaningful engagement. The MVPI was commissioned by the Government of Canada in 1974. Led by Justice Thomas Berger, its goal was to assess the impact of a proposed pipeline through the Mackenzie River Valley of the NWT and part of the Yukon. The eventual report Northern Frontier, Northern Homeland came to the novel conclusion that parts of the pipeline should not be built for at least ten years, after land claims and conservation areas had been established. As of 2021, the pipeline has not yet been built. 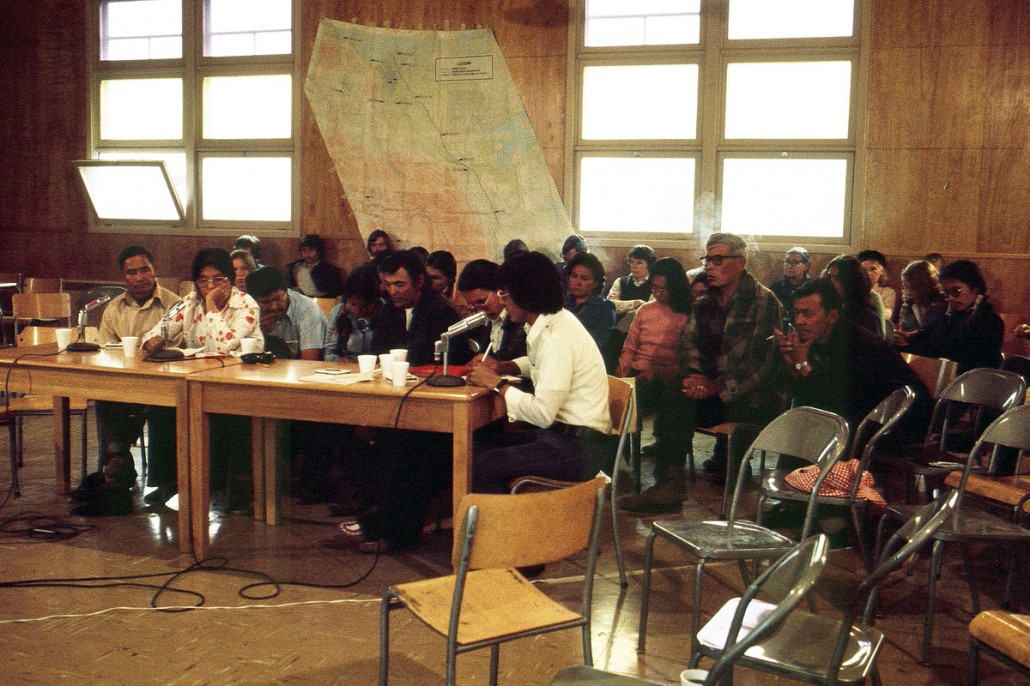 I encountered the Pipeline Inquiry, often simply called the “Berger Inquiry,” during another life as a graduate student while learning about land and self-government agreements in the NWT. I was surprised to hear it mentioned by our interviewees: most people do not speak of Justice Berger in the same breath as “smart city.” Nevertheless, the Berger Inquiry is still known for exemplifying — if not writing the book on — many of the best practices that engagement professionals espouse today.

The first is early, upstream engagement. The inquiry occurred well before pipeline plans were finalized: consultations were intended to impact construction and route.

Another best practice is accessibility and diversity: the inquiry went out of its way to ensure that a huge range of voices could be heard. Justice Berger was known for flying to locations far from any settlements to have tea with people with land-based livelihoods. His inquiry traveled to remote communities. It allowed people to testify in their own languages. Above and beyond this, nightly reports were translated into seven Indigenous languages and broadcast over the radio. In this way, no community was siloed: people speaking in Inuktitut knew what was being said by people in Gwich’in, whether they agreed, and what testimony they could build on.

The third is that participation impacted outcomes: testimony mattered; it drastically impacted the pipeline’s eventual trajectory. It also lent important local expertise to the project that, had the pipeline been built, the organizers would have benefited from. We often say in the tech sector that diverse voices will improve a product or company. Whit Fraser, senior CBC reporter at the Berger Inquiry, remembers the following:

“The matter of burying a pipeline under Shallow Bay at the mouth of the Mackenzie River was a particularly touchy environmental issue. Nobody knew the possible adverse impacts on the Beluga that migrate to the area each summer to calve. Moreover, no one seemed to know when, or where, the calves were born. There were tense moments, and questions had been going back and forth for some time with the company, Canadian Arctic Gas, saying it spent several summers and a million dollars researching, and would continue to do so until it found the answers. Justice Berger called a break. Jim [James Sittichinli, Gwich’in translator for the CBC] looked at me, smiled and said, “I know where and when the calves are born” and he motioned to the head of the research team. I can still see their heads together over the coffee cups and a map. Fifteen minutes later when the inquiry resumed, to his everlasting credit, Dr. Richard Webb said, “Mr. Commissioner, during the break Mr. Sittichinli of the CBC was good enough to share his knowledge on this and tells me the calves are born in this particular bay, pointing to a map, and usually on the second of July.” He went on to say the construction would be scheduled accordingly. That evidence went into the record and, to my recollection, was the only “scientific fact” that was not challenged by one or all of the other participants.” (Recorded in Kennedy Dalseg & Abele, 2015, p. 218)

Finally, public engagement’s success or failure is also borne out by the by-products and the legacy it generates. While both Sidewalk Toronto’s engagement efforts and the Mackenzie Valley Pipeline Inquiry ultimately resulted in cancelled projects, their true success or failure can be assessed by what they left behind. The Berger Inquiry is still discussed with respect: the recordings it made in Indigenous languages are still played on community radio stations, both for language-learning and for the extensive geographical knowledge reflected in them. The 50-year legacy of Sidewalk Toronto is yet to be felt.